A chance encounter with a 75-year-old Cirrus owner had Craig Savage enthralled with aviation after the owner showed Craig’s young son the plane with the parachute. “I had never thought about owning an aircraft myself, until I first saw a Cirrus in October 2013,” noted Craig. The idea of a Cirrus made Craig so excited that he did extensive investigating into the aircraft and the company. Cirrus went from an option to a desire and finally, the clear choice for him and his family. Craig made the decision to purchase a 2014 SR22T before learning how to fly.

“The parachute was the main reason I bought a Cirrus. Having a family and kids, the added safety backup gives me a peace of mind,” said Craig. Craig was not only focused on safety, but also comfort and style. He worked with the Cirrus Design Team to turn the interior of his plane into something that matched his personal style. “I like the comfort and technology of the aircraft and of course the sportiness. I won’t lie; I love the compliments I get about my Cirrus on the ramp. There’s definitely a sports car ego.”

Safety and style aside, the main reason why Craig purchased his Cirrus before becoming a pilot was very simple. “I bought the plane before I earned my license because I was renting a plane so often for my business and personal trips that it made more sense to just buy one for myself,” explained Craig. Craig received his Private Pilot’s License only six months after purchasing his Cirrus, and he just completed his Instrument Rating as well.

Since flying on his own, Craig has fallen in love with aviation. “I never thought I would be flying myself, but I love it. It’s therapeutic and exhilarating at the same time. I’ve made many friends through flying and the aviation community. It’s something I would have never expected,” he said.

This one difference in Craig’s life has furthered the success of his career and his future. Being able to fly not only allows him to save time but also to give the time he needs to his clients. When you’re a financial advisor like Craig, there is no price you can put on being able to meet with clients at the drop of a hat. Whenever they need him, Craig will be there.

To meet his clients, he flies his Cirrus around the Southeastern United States – going from places like Kentucky to Tennessee to North Carolina in just one day. “With regional travel, Cirrus has changed my life. Flying has made my life so much easier. I don’t have to rush my meetings to try and catch a commercial flight back home or to another meeting. I can take all the time I need. If I have a lunch meeting for business in another state, I can be back home by 4:00 pm,” said Craig.

Being a family man, this extra time he gets from using his Cirrus for business, he spends with his family. To him – that is the biggest perk that comes with living the Cirrus Life. 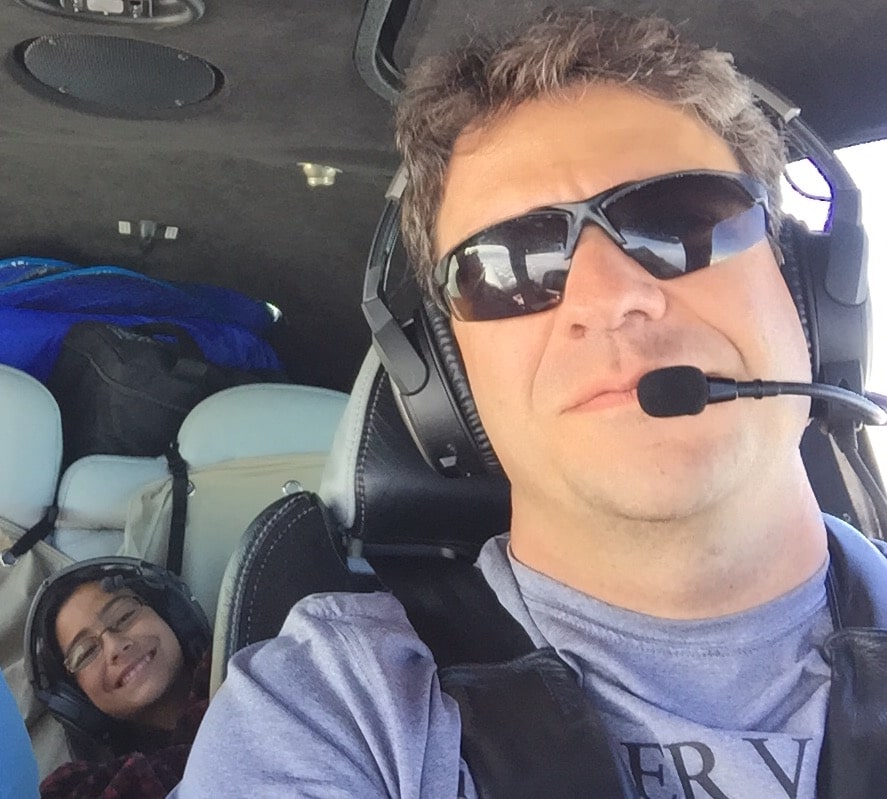 Craig flying his Cirrus with his daughter.