The 2016 Red Bull Air Race season will be no exception, with debut events at the Indianapolis Motor Speedway and a return to Lausitzring, Germany. Along with the new venues, the elite race welcomes its first female pilot to the Challenger Class – Mélanie Astles of France. An exciting season awaits for 2016. New aircraft innovations are entering the stage, promising the most exhilarating showdowns yet. 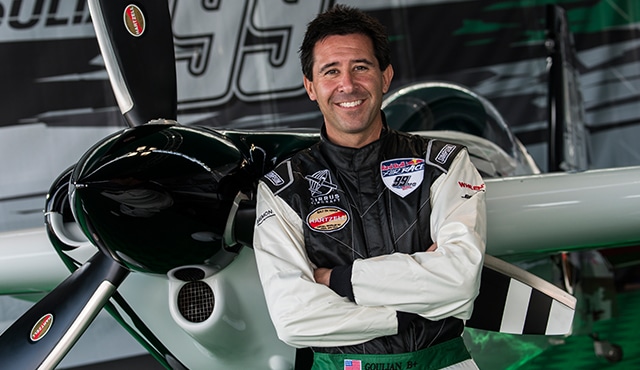 Michael Goulian was born into aviation and destined to be a pilot. Having learned to fly before he could drive a car, Michael became the youngest pilot ever to win the National Advanced Aerobatic Championship at the ripe age of 22. Michael is now a veteran air show performer with more than 20 years of experience performing in front of audiences all over the world. Goulian reached the highest level of success in aerobatic competition in 1995, when he won the U.S. National Unlimited Aerobatic Championship. He later achieved further global popularity by competing in the Red Bull Air Race World Championship starting in 2005. As an air show superstar, Goulian has received all three of the industry’s most prestigious awards: the ICAS Sword of Excellence, the Art Scholl Memorial Showmanship Award, and the Bill Barber Award for Showmanship. 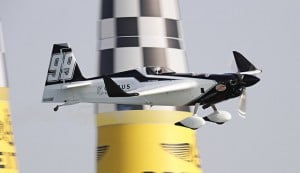 Mike Goulian and Team 99 have completely reworked their Edge 540 V2 race plane for 2016 and are excited to put it to the test. They purchased the aircraft new for the 2015 season, and after eight races with the aircraft, started a long list of innovative modifications including new colors, new electrical systems and custom designed winglets. The finished aircraft also features upgraded avionics, canopy, belly panel, cowling and turtle deck. Team 99 is excited for this season, and they expect to have one of the fastest race planes on the track. Cirrus is thrilled to join Team 99 for another season and already the adrenaline is at an all-time high. Best of luck to Team 99, and we’ll see you at the races. Smoke on! 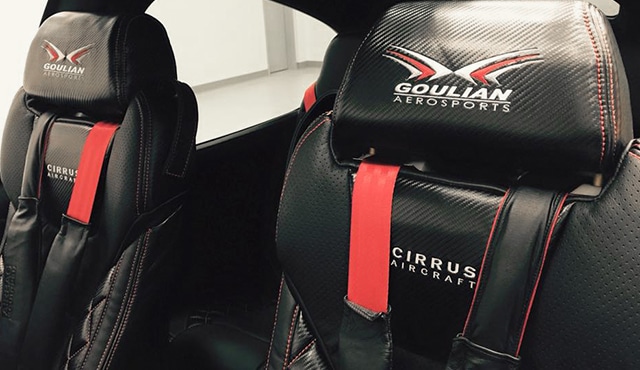 When Michael’s not flying in the Red Bull Air Race, he has fun punching holes in the sky in his new, All-Digital SR22T. He worked hand-in-hand with Cirrus Xi designers on the aircraft, tailored exclusively for him and his family. Michael chose a Mariana Blue and Sterling paint scheme with yellow striping that incorporates his Goulian Aerosports logo into the seat design and complements the design of the Edge 540.

On The Fly with Mike Goulian is web video series that showcases the integral partnership and synergy between Goulian, Team 99 and Cirrus. Get to know Michael and his life as a Red Bull Air Race pilot, why he flies a Cirrus, how he spends his time outside the airplane and much more.

The Red Bull Air Race is unlike any other motorsport in the world. In this first episode, Mike describes the race as, “gladiators in the sky,” and highlights the synergy of the Red Bull Air Race and Cirrus. “It’s the passion and lifestyle of people that love things that are technologically advanced.”