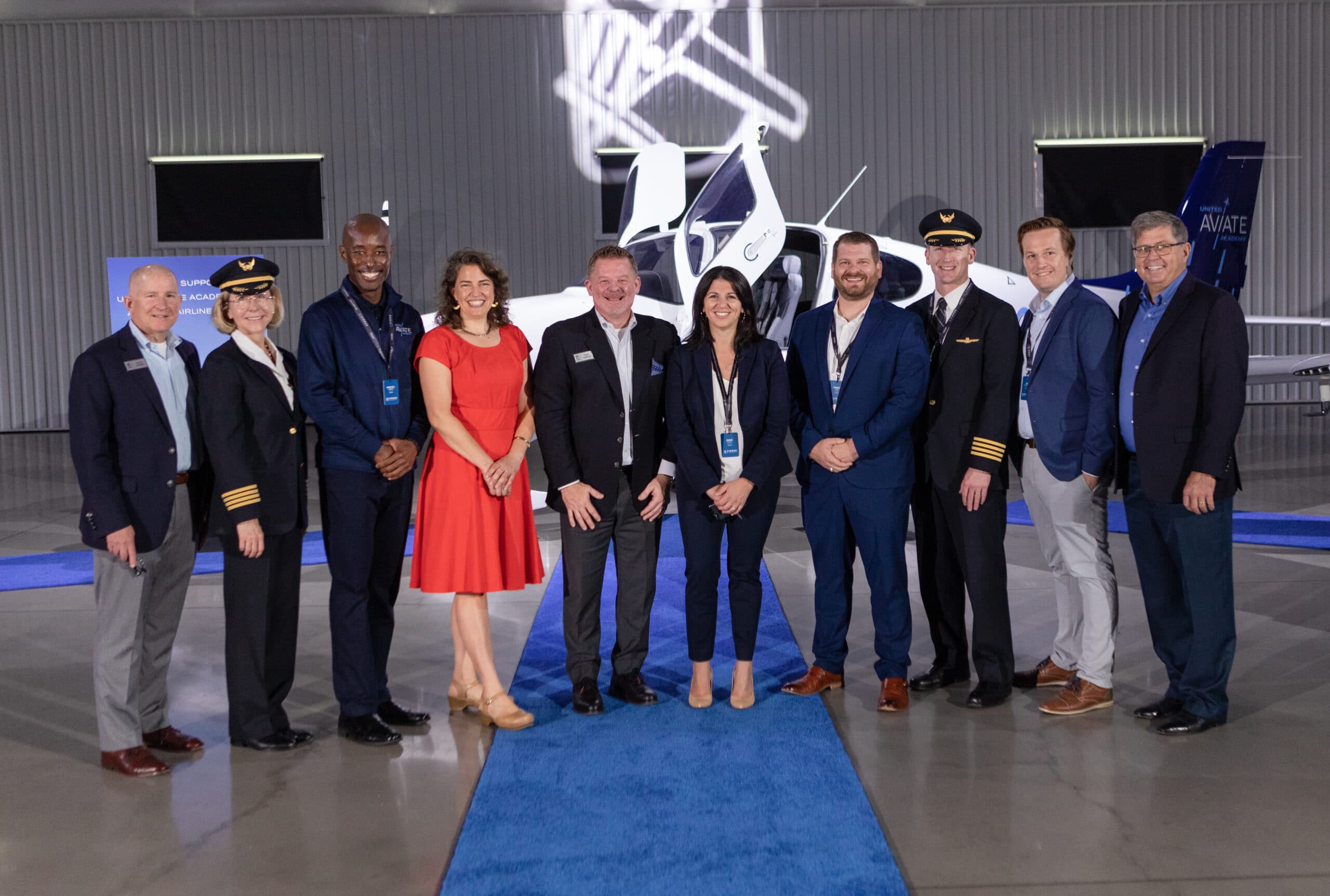 Today, Cirrus Aircraft delivered the first of twenty-five SR Series TRAC20 aircraft to United Aviate Academy. The TRAC20 is an advanced, high-performance aircraft that will be used for initial pilot training at the only ab-initio flight academy operated by one of the largest U.S.-based airlines. In February, the company announced a purchase agreement with United Aviate Academy to purchase twenty-five TRAC20 aircraft with the option to acquire fifty more as the program grows.

“The TRAC20 is one of the most technologically advanced aircraft on the market and we are super excited to bring it to our academy and train our students to prepare them for United Airlines,” said Dana Donati, Chief Executive Officer of United Aviate Academy.

Cirrus Aircraft offers an aircraft personalization program where customers work with the Cirrus Aircraft Xi Design team to create a custom aesthetic for their aircraft using their own inspiration and vision. United Aviate Academy collaborated with the Xi Design team to create a unique livery featuring aspects of both brands. All twenty-five aircraft will feature this thoughtful design featuring the blue and white United Aviate Academy logo on the tail, fuselage, and crew seats as well as a wear-resistant interior.

“Cirrus Aircraft is proud to work with United Aviate Academy to provide the next generation of United Airlines pilots with a fleet of advanced training aircraft built with the Cirrus Airframe Parachute System. For over 30 years, Cirrus Aircraft has been at the forefront of numerous industry safety innovations and maintains a safety rating well above the industry average,” said Zean Nielsen, Chief Executive Officer of Cirrus Aircraft. “Together, we are introducing more people to aviation and providing new opportunities for underrepresented populations by removing barriers and supporting new programs like United Aviate Academy.”

United Aviate Academy’s year-long training program at Phoenix Goodyear Airport sets up students for a career that reflects United’s high standard of professionalism and commitment to delivering a safe, caring, dependable and efficient travel experience. The Academy is part of United’s industry-leading pilot career development program, which offers aspiring and established pilots the most direct path to a United flight deck. Within the next decade, United aims to hire more than 10,000 pilots and train about 5,000 aspiring pilots to aviation through the Academy.

Cirrus Aircraft is the recognized global leader in personal aviation and the maker of the best-selling SR Series piston aircraft and the Vision Jet®, the world’s first single-engine Personal Jet™, and the recipient of the Robert J. Collier Trophy. Founded in 1984, the company has redefined aviation performance, comfort and safety with innovations like the Cirrus Airframe Parachute System® (CAPS®) – the first FAA-certified whole-airframe parachute safety system included as standard equipment on an aircraft. To date, worldwide flight time on Cirrus aircraft has passed 14 million hours, and 230 people have returned home safely to their families as a result of the inclusion of CAPS as a standard feature on all Cirrus aircraft. The company has six locations in the United States, including Duluth, Minnesota; Grand Forks, North Dakota; Knoxville, Tennessee; Greater Dallas, Texas; Greater Phoenix, Arizona; and Greater Orlando, Florida. Learn more at cirrusaircraft.com.