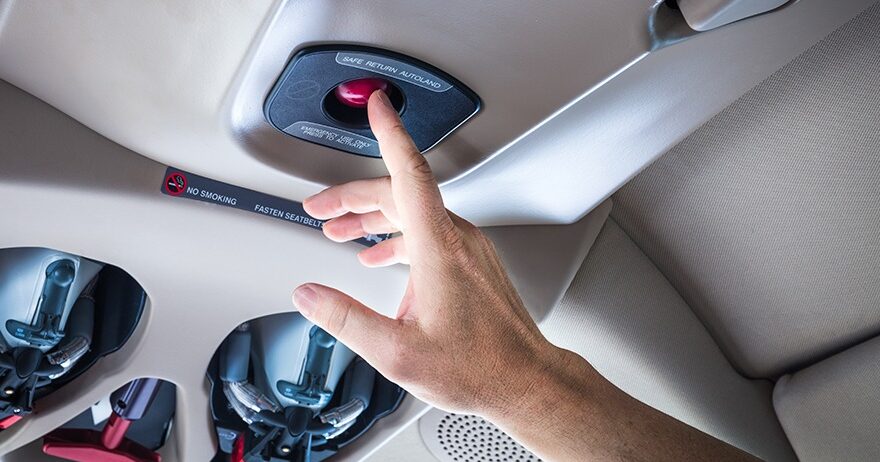 In a defining moment for both Garmin International and Cirrus Aircraft, the National Aeronautic Association announced today that Garmin has been selected as the 2020 Robert J. Collier Trophy recipient for its Autoland system. Known as Safe Return on the Vision Jet™, the award-winning technology allows passengers to land the aircraft with just the single touch of a button in case of an emergency.

The Robert J. Collier Trophy is awarded annually for the greatest achievement in aeronautics or astronautics in America, and this win by Garmin for its Autoland system follows Cirrus Aircraft’s own 2017 Collier Trophy win for the whole airframe parachute system, the Cirrus Airframe Parachute System® (CAPS®) on the Vision Jet.

“The entire Cirrus community is thrilled to congratulate Garmin on this historic accomplishment,” said Zean Nielsen, CEO of Cirrus Aircraft. “Our teams thrive on working together to bring revolutionary new safety systems to Cirrus owners and operators worldwide. The Safe Return Autoland System truly introduces the benefits of autonomous flight to general aviation and is rightfully deserving of the 2020 Collier Trophy acclaim and recognition.”

Cirrus and Garmin have a long history of partnering to develop industry-first innovations for personal aviation. Every Cirrus aircraft delivered since the introduction of the SR20 in 1999 has included Garmin avionics, and over the past two decades both companies have collaborated to bring revolutionary technologies to the market including Synthetic Vision, datalink weather, Electronic Stability & Protection, automatic Emergency Descent, ‘blue-button’ one touch leveling, Autothrottle, Safe Return and more.

Leading the industry as the best-selling business and general aviation jet aircraft for two years in a row, the Vision Jet continues to safely deliver a world-class aviation experience to owners, operators and passengers around the world.

About Cirrus Aircraft
Cirrus Aircraft is the recognized global leader in personal aviation and the maker of the best-selling SR Series piston aircraft and the Vision Jet, the world’s first single-engine Personal Jet, as well as the recipient of the Robert J. Collier Trophy. Founded in 1984, the company has redefined performance, comfort and safety in aviation with innovations like the Cirrus Airframe Parachute System (CAPS) – the first FAA-certified whole-airframe parachute safety system included as standard equipment on an aircraft. To date, worldwide flight time on Cirrus aircraft has passed 13 million hours and 212 people have returned home safely to their families as a result of the inclusion of CAPS as a standard feature on all Cirrus aircraft. The company has four locations in the United States, located in Duluth, Minnesota; Grand Forks, North Dakota; Knoxville, Tennessee and McKinney, Texas. Find out more at www.cirrusaircraft.com.