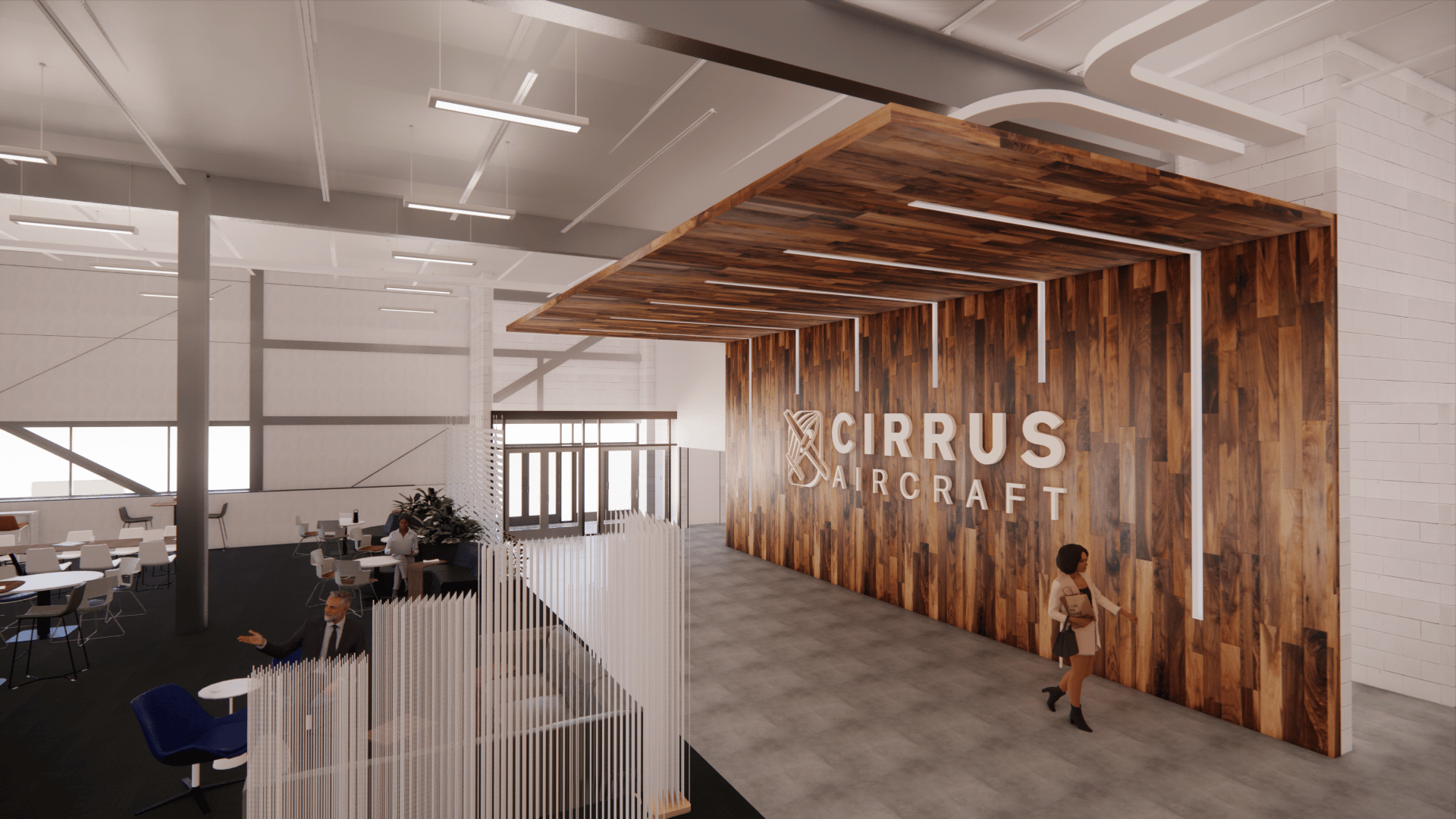 Cirrus Aircraft will invest heavily to transform the 189,000-square-foot building on 39 acres into a state-of-the-art Innovation Center where engineers will develop the next generation of Cirrus aircraft. The Duluth Innovation Center will feature amenities and flexible workspaces that enhance the working environment as people return to the office. Inspired interior features and design provide optimal collaborative workspace and break from the traditional office and lab environment.

“Doubling down with a massive facility such as this underscores our relentless pursuit of continuous innovation that makes owning and operating a Cirrus safe, convenient and easy,” said Zean Nielsen, Chief Executive Officer of Cirrus Aircraft. “We are a company of big ideas such as putting a parachute on every Cirrus aircraft, designing and building a single engine Jet, introducing Safe Return Autoland, rolling out Cirrus IQ connectivity and offering a 360-degree ecosystem around the customer. This investment solidifies Cirrus Aircraft’s commitment to continuous innovation. We want talent to think of Cirrus Aircraft, Duluth, and now the new Innovation Center as a special place where the latest and greatest general aviation technologies come to life. The Innovation Center is designed to become the epicenter for personal aviation engineering and to attract top talent from around the world.”

“Duluth and Cirrus Aircraft have a long and important history of being great to, and for, one another and the site of the Innovation Center is no different,” said Duluth Mayor Emily Larson. “For Cirrus Aircraft to expand their footprint in their hometown of Duluth means the world to us because it further elevates Duluth throughout the world of aviation. We are thrilled to support innovation while repurposing this asset. We are eager to decrease public liability while exponentially growing the aviation economy, and we are one hundred percent committed to Cirrus Aircraft’s vision as being central to our own vision of economic development within the City of Duluth.”

“From the founding days of Cirrus Aircraft in the basement of a Wisconsin barn to the new Innovation Center, the company has maintained a rich culture of innovation that has changed personal aviation,” said Pat Waddick, President of Innovation and Operations of Cirrus Aircraft. “This investment in a world-class facility brings together our engineering, flight test, experimental, advanced design and development, and other key Product Development areas. We are excited about how our investments in facilities, people and programs will lead to changing the world – again!”

On August 24, the Duluth Economic Development Authority (DEDA) approved the agreement authorizing the sale of the former Northwest Airlines facility with a 60-year ground lease. The agreement releases the DEDA’s ownership of the facility and the ongoing financial burden as the building has been without a tenant since May 2020, resulting in over 200 job cuts due to the pandemic. Moreover, the sale will save the city over $600,000 annually in maintenance, operating, and tax expense.

Cirrus Aircraft is the recognized global leader in personal aviation and the maker of the best-selling SR Series piston aircraft and the Vision Jet®, the world’s first single-engine Personal Jet™, and the recipient of the Robert J. Collier Trophy. Founded in 1984, the company has redefined aviation performance, comfort and safety with innovations like the Cirrus Airframe Parachute System® (CAPS®) – the first FAA-certified whole-airframe parachute safety system included as standard equipment on an aircraft. To date, worldwide flight time on Cirrus aircraft has passed 14 million hours, and 235 people have returned home safely to their families as a result of the inclusion of CAPS as a standard feature on all Cirrus aircraft. The company has seven locations in the United States, including Benton Harbor, Michigan; Duluth, Minnesota; Grand Forks, North Dakota; Greater Dallas, Texas; Greater Phoenix, Arizona; and Greater Orlando, Florida and Knoxville, Tennessee. Learn more at cirrusaircraft.com.