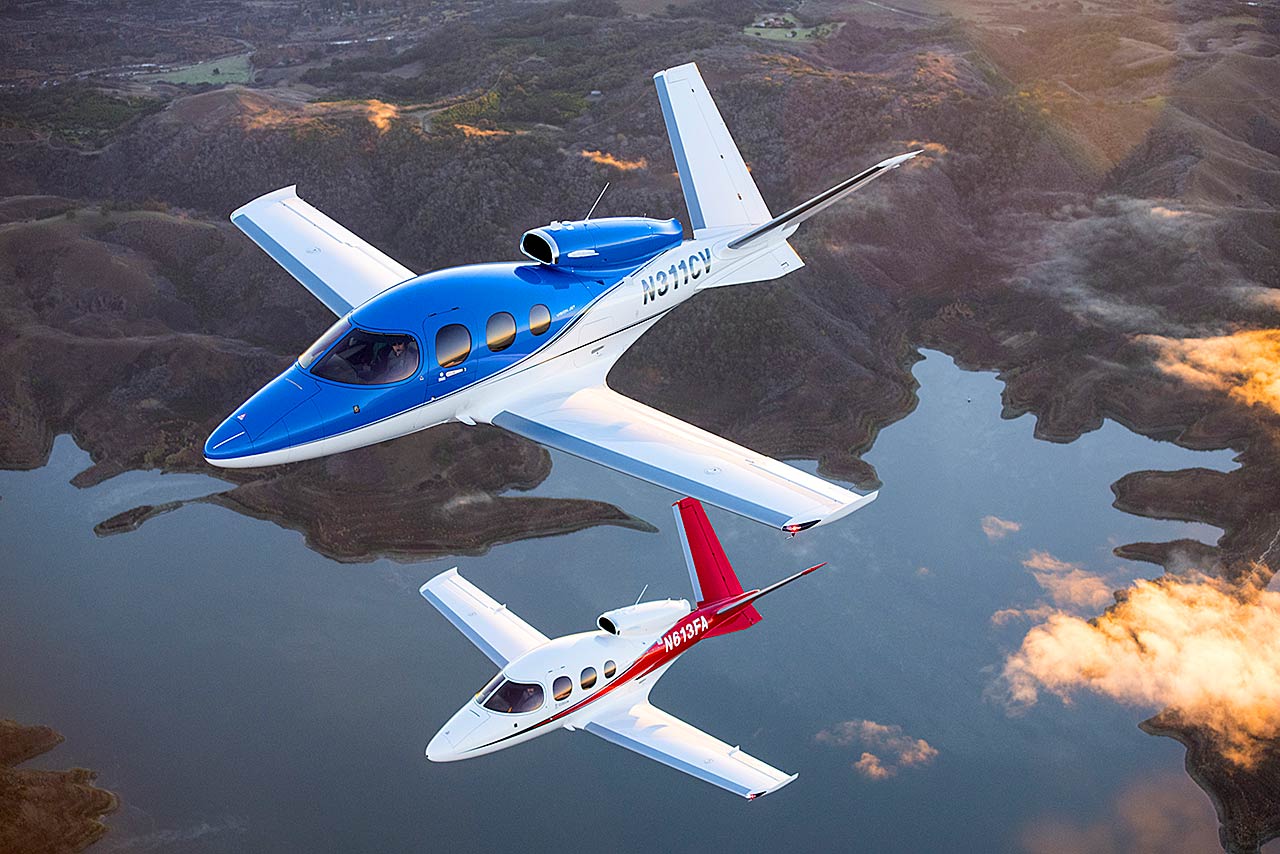 “The Cirrus Aircraft story is one of relentless innovation,” said Pat Waddick, President, Innovation & Operations. “Much like the last twenty years of re-imagining the SR Series with constant improvements to performance, safety and comfort, the G2 Vision Jet is the culmination of that same spirit of innovation. This aircraft is yet another game-changer in personal aviation and it’s made possible by the world-class team we have at Cirrus Aircraft.”

The G2 Vision Jet goes higher, faster and farther. An expanded flight envelope to Flight Level 310 (31,000 ft) raises the performance and capabilities of the all new aircraft. This new access to Reduced Vertical Separation Minimum (RVSM) flight levels now increases the Vision Jet’s range to over 1,200nm. On a typical mission, G2 now provides increased flexibility to carry an additional 150 lb on an 800 NM mission and pushes top cruise speed even further above 300kts.

The G2 Vision Jet introduces the ‘Perspective Touch+’ by Garmin (pronounced “Perspective Touch Plus”) advanced flight deck. With new hardware, faster processing speeds and greater screen resolution, Perspective Touch+ elevates the Vision Jet flight deck to a new level. Typically found on high-end business jets and commercial transport aircraft, Autothrottle is now available on G2. This game-changing technology integrates with the autopilot and can automatically adjust the aircraft’s speed for each phase of flight, reducing workload and giving the pilot more time to focus on other tasks.

Designed around the personal travel experience, the G2 Vision Jet cabin raises the bar in comfort, spaciousness and productivity. A new executive seating configuration adds sophistication with two luxurious, artisan-crafted second row seats and an all-new center console with stow-away tables for a more productive in-flight experience. Enhancing the cabin environment, newly-developed noise reduction features have been thoughtfully engineered into G2. These improvements build upon the unrivaled spaciousness and panoramic views, the hallmarks of the Vision Jet design.

Productivity and entertainment options abound as passengers have access to USB and 110V power outlets, as well as an expansive video monitor that extends from its flush mount overhead to deliver a best-in-class range of display and entertainment options from your favorite device. While the family seating configuration offers room for 5 adults and 2 children, each cabin seat is modular and can be quickly and easily repositioned or removed by the pilot, offering the added flexibility of more than 25 possible seating configurations.

A New Era in Personal Transportation

The Vision Jet received FAA certification in 2016 and immediately ushered in a new era in personal aviation as the world’s first single-engine Personal Jet including the Cirrus Airframe Parachute System® (CAPS®). In 2018, the Vision Jet was awarded the most prestigious award in aeronautics – the Robert J. Collier Trophy.

Cirrus Aircraft is the recognized global leader in personal aviation and the maker of the best-selling SR Series piston aircraft and the Vision Jet, the world’s first single-engine Personal Jet, as well as the recipient of the Robert J. Collier Trophy. Founded in 1984, the company has redefined performance, comfort and safety in aviation with innovations like the Cirrus Airframe Parachute System® (CAPS®) – the first FAA-certified whole-airframe parachute safety system included as standard equipment on an aircraft. To date, worldwide flight time on Cirrus aircraft has passed ten million hours and 170 people have returned home safely to their families as a result of the inclusion of CAPS as a standard feature on all Cirrus aircraft. The company has three locations in the United States, located in Duluth, Minnesota, Grand Forks, North Dakota and Knoxville, Tennessee.