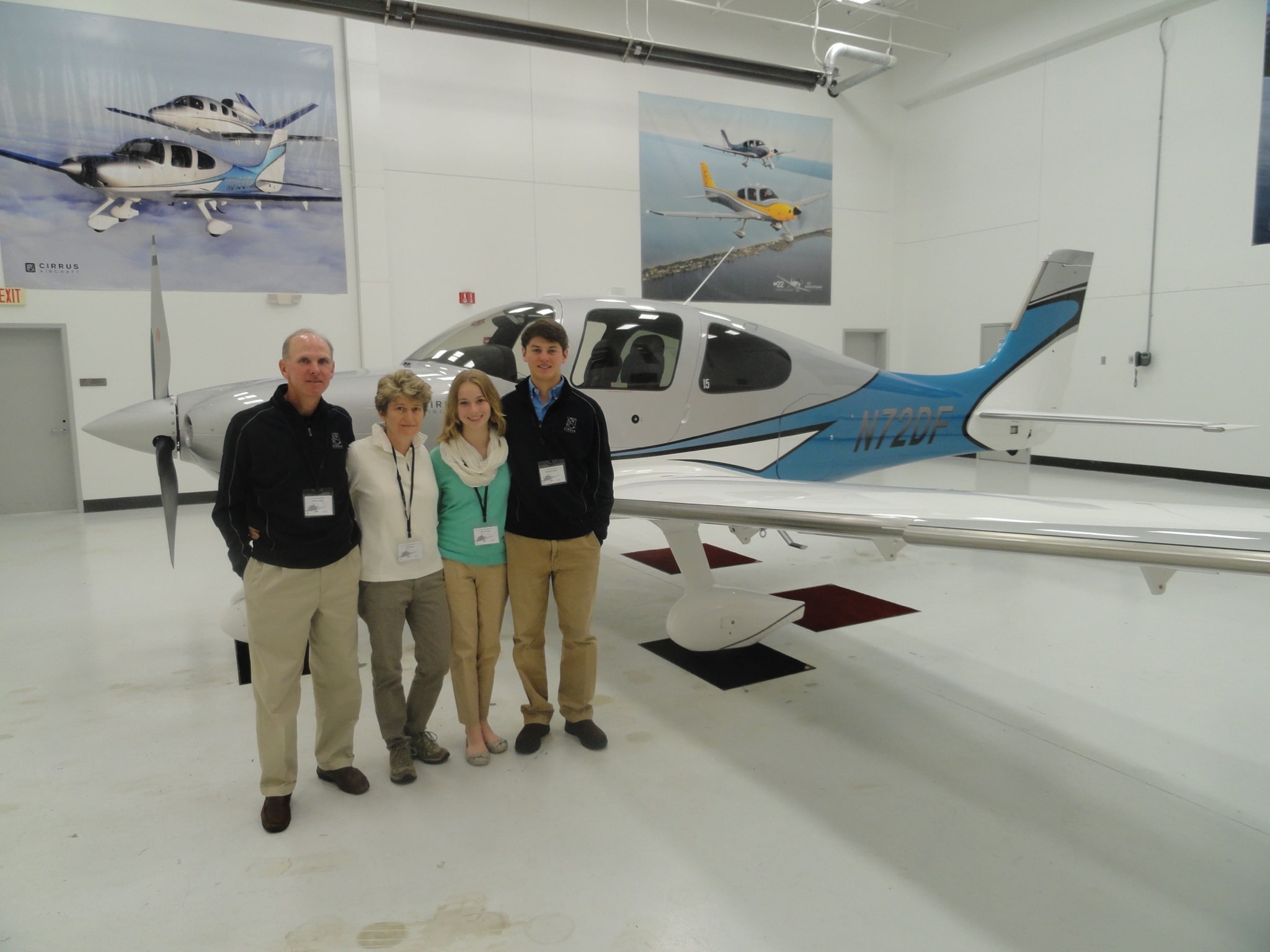 The Freed family basked in the Cirrus spotlight back in 2012 when 17-year-old Russell Freed became the youngest person in Cirrus history and the history of aviation to receive his combined Private Pilot’s License and Instrument Rating on his birthday in his father’s SR22T. The Freeds have always had a love for aviation, and father Drew nurtured his son’s passions throughout his childhood. “I had an interest in aviation for a long time, which comes with being a part of the industry making components for planes, and I took Russell to air shows as a kid. He loved it. Around age 12, Russell took a discovery flight, and he was hooked. At the time he wasn’t tall enough to reach the rudder pedals in the Cessna 172, but he started flight training right after anyway,” reminisced Drew.

Unlike his son, Drew hadn’t even acquired more than a few hours of flying time before they discovered Cirrus. Their fateful encounter happened when Russell’s flight instructor ran into Cirrus Aircraft Regional Sales Director Jonathan Sweatman. He gave them a demo flight in the commemorative 5,000th Cirrus aircraft – an amazing experience to say the least for then 16-year-old Russell. “After the flight, Russell was ecstatic! He told me he needed this plane, and the only thing he wanted to fly was a Cirrus,” said Drew. After one flight, they decided to purchase a Cirrus. Both Drew and Russell began training in their SR22T after taking delivery in January 2012 – just months before Russell earned his Private Pilot’s License.

So what are they doing now?

Drew decided to catch up to his son’s flight progress, and one year after Russell became a pilot, Drew received his combined Private Pilot’s License and Instrument Rating, officially making them a flying family. And Russell? He took flying to the next level. “This year I earned my Commercial and Multi-Engine Rating. I needed to keep going as a pilot. The transition from a 2014 Cirrus SR22T to an older, non-Cirrus aircraft was really tough, but I believe more experience makes everyone a better pilot. Even though I have these other ratings, I’ll always want to fly my Cirrus over anything else,” said Russell. Russell is currently in school for mechanical engineering, turning his love for aviation into a future profession. “I’m going to pursue a career in aerospace. The entire aircraft and systems integration fascinates me. I’m also interested in turbine engine design. I’ve built a few experimental ones myself in our garage out of car turbo chargers,” explained Russell. Having the in-depth knowledge of how planes work has made him appreciate his Cirrus even more.

The Freeds have since upgraded to a new Generation 5 SR22T Xi, and they take their Cirrus everywhere. “It’s a family tool. We go all over the country. We all love to fly, every person in the family, and our Cirrus has brought us closer together,” said Drew.

While they all love to fly, Drew and Russell both fly for very different reasons. Drew uses his Cirrus to fly from his home in South Carolina to his business in Pennsylvania, and having the access to fly that far and back in one day is a convenience Drew revels over. “The Cirrus is also a business tool for me. The airport is close to home, and I never miss a flight with my Cirrus,” said Drew. Russell, on the other hand, flies to share Cirrus and small aircraft with everyone. He likes to take people who haven’t flown before and erase the stigma small aircraft sometimes have.

Russell wants people to know that a Cirrus is safe and what the aircraft is capable of doing. “I like to take friends from the big airport in Savannah to a great barbeque place that’s a 15-minute flight away called Southern Soul Barbeque at the end of a small airport on Saint Simons Island. They get to see both worlds and how professional and personal aviation can be. And really, you can’t beat flying for the first time over the beach,” said Russell.

There’s a lifetime of aviation in store for father and son. It all started in a Cirrus, and it will continue in a Cirrus. They have a Vision SF50 Personal Jet on order, and both of them anxiously await the day they’ll be able to fly their jet together. 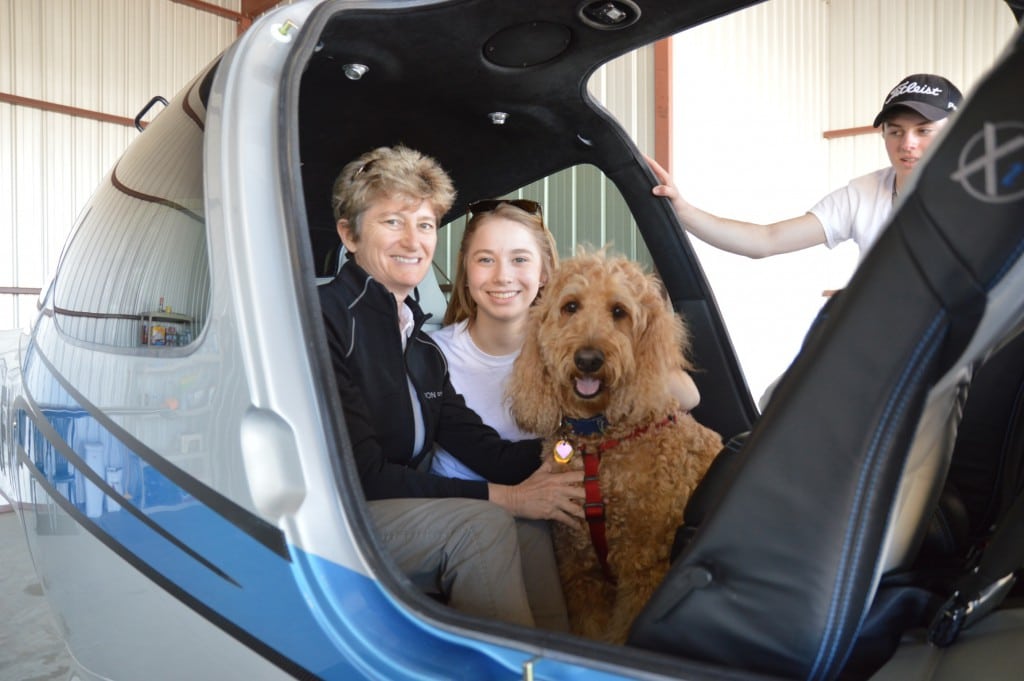 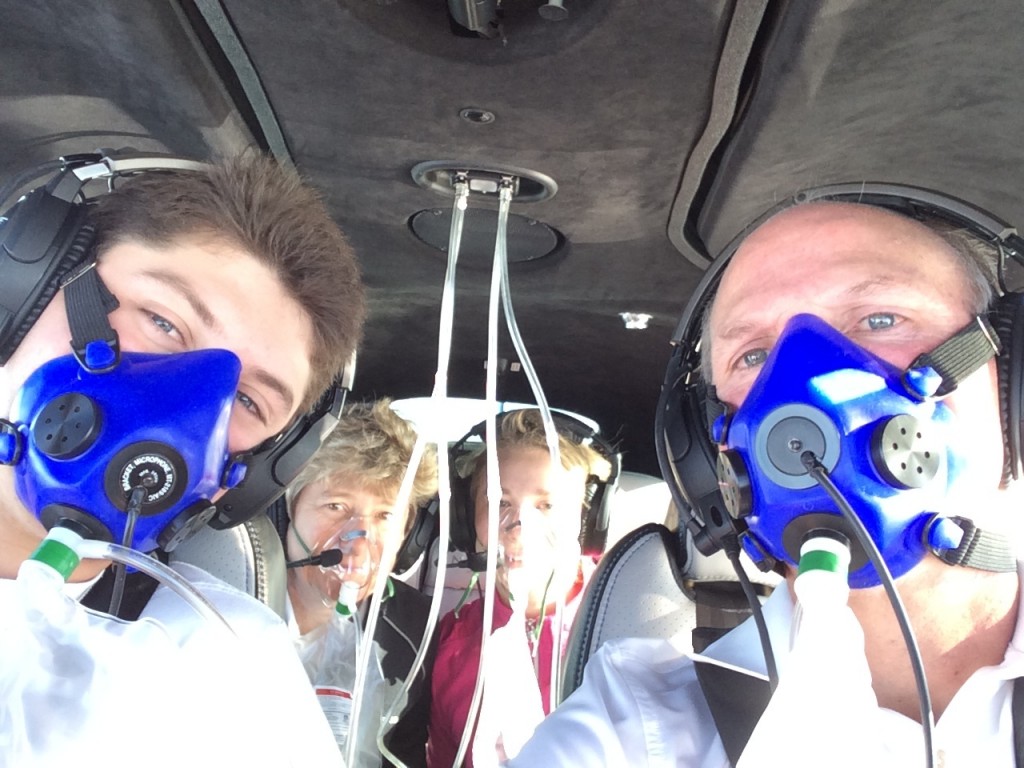