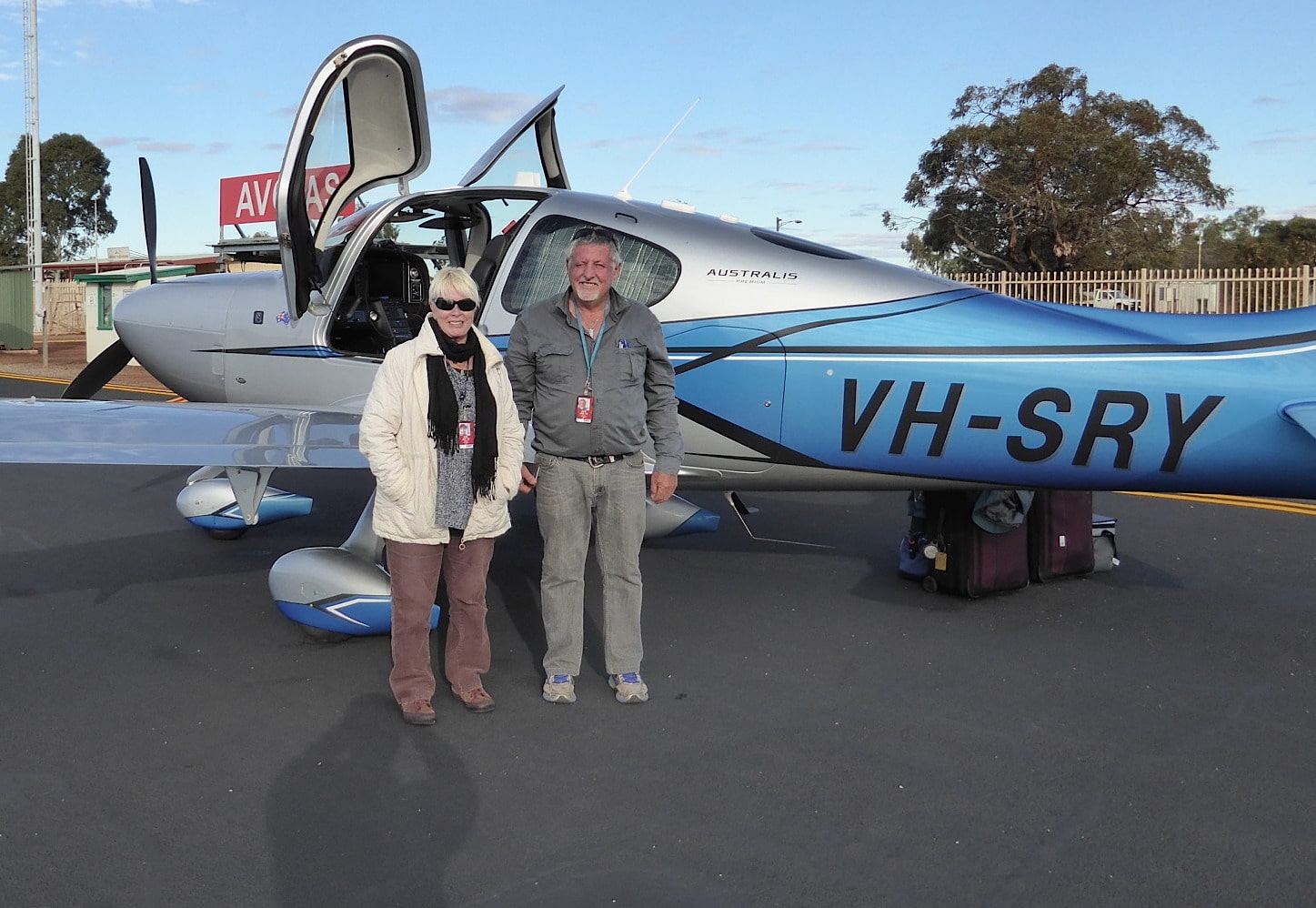 Kevin was one of the first to take delivery of the Special Edition Australis. Even though this aircraft was custom designed for the Australian pilot, Kevin and his Cirrus really were made for each other. “How this all happened was an accumulation of many years traveling Australia for business, and the final motivation was, well, I am not getting any younger. If I didn’t buy the Australis now, then I never would,” he explained. Kevin’s business is in aviation. His company operates airports for mining companies and local government. Their employees are spread across Northern and Western Australia, the largest part of the country. This meant that Kevin was required to travel unbelievable distances every day.

“Until 10 years ago, I drove to all these places. Huge kilometres were travelled, often overnight, so I could get a full day’s work in at the next airport. It was not unusual to drive up to 1500 kilometres (933 miles) in a day. Driving in Australia at night means running into Kangaroos and other wildlife, something abhorred. So, being in aviation and traveling long distances, getting a pilot license and flying was logical,” said Kevin. With his previous aircraft, he was strictly an A to B flyer, not a mad flying junkie. Kevin’s first aircraft was a 1984 Trinidad TB20, and he then upgraded to a 2002 TB21 GT Trinidad. Kevin’s run-in with Cirrus Aircraft came in October 2014 when Cirrus had a demonstration day in Cairns, North Queensland.

“I was in the area on vacation, and I decided to take a closer look at the Cirrus. A 45-minute flight in the Cirrus showed me that I had just stepped into the BMW of aircraft. The Cirrus had a solid, smooth feel, and I wanted one. The decision to buy was hard considering I already owned a competent aircraft, and the purchase of the luxurious aircraft meant borrowing money,” said Kevin. He worked with the helpful crew at Cirrus Sunshine Coast to purchase his Australis. Kevin appreciated that no question was too basic for them. Cirrus Sunshine Coast also works with Interlease in Melbourne who understands aircraft financing, and they put Kevin in touch with Interlease to help make his want of owning a Cirrus become a reality.

With his Australis at his side, Kevin has now flown over 150 hours since delivery on June 4, 2015. “At first there was much to absorb with the learning curve between my 2002 Trinidad and this all-new, All-Digital 2015 aircraft, but now, I am much more confident. I’m obtaining an understanding of everything that Cirrus Perspective™ by Garmin® offers. The immediate advantages of my Australis were fuel savings, range and uplift,” he said. With the great differences between aircraft, Kevin experienced many unforeseen advantages of the Australis that surpassed all expectations.

In Western Australia, Avgas facilities are few and far in between. Legs in excess of three hours are usual, only to arrive at an airport where fuel is not available. Another two-hour leg is required to get to the closest place with fuel, creating a huge drawback to flying across this area. This, however, is no problem for the Australis. With his aircraft, Kevin gets excellent range, and stops just for fuel are less frequently required. Although Kevin admired the capabilities of his new aircraft, he had one big concern when considering the Cirrus purchase – its ability to land on unsealed surfaces.

“So far, we have landed on a dozen unsealed runways, and one in particular was rough and very unprepared. I am glad to say, no damage has occurred, and the wheel pants actually protect the underside from stones and mud, another positive side to the Australis,” commented Kevin. He often goes on long trips with the aircraft as well. Being away for up to three months, the aircraft is packed. Kevin fills the airplane with personal gear, computers, printers and survey equipment; a load the Australis is very capable of handling. Kevin has found that his Cirrus can take on any destination or distance that he throws its way. The Australis is more than suitable for this traveller of the vast Australian outback.