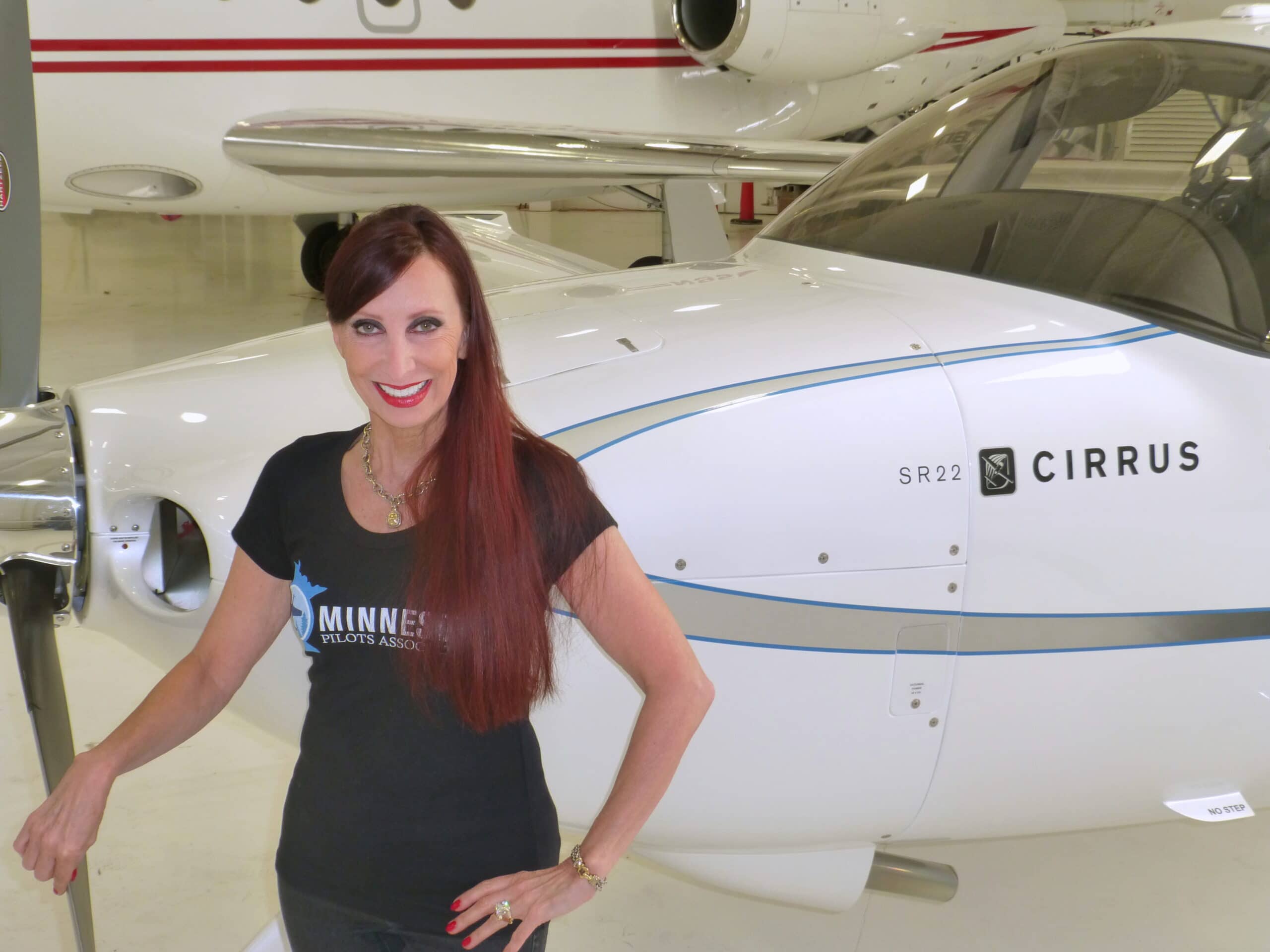 Since taking delivery of her SR22 in 2003, Tracy Lovness uses her Cirrus in every conceivable way that she can imagine. Thinking outside of the box took her flying in an exciting direction – racing her Cirrus cross-country. In 2012, she took part in her first cross-country air race, the Air Race Classic. The race is comprised of all female pilots with the goal of encouraging women to become leaders in general aviation. The course is approximately 2,400 miles, and teams are given four days to complete the journey. A Cirrus usually wins the race, and Tracy has one of the fastest airplanes. Though, this is a race of skill and not speed. The objective is to fly the “perfect” cross-country, and handicaps are given to ensure all aircraft have an equal opportunity to become the winner.

“My goal for my first race was to do my best, build confidence and successfully complete the race,” she said. She had completed that goal by finishing in 17th place. Tracy entered again and raced in 2014 and 2015, and she plans to race every year from here on out. “I hoped to improve our race results and expand the knowledge I’ve gained from the previous race experiences. I am proud of what I have accomplished as a pilot that flies a Cirrus,” said Tracy.

Experience is key for the race, and all skills start from somewhere. Tracy has been flying for over 15 years, and she began because she loved traveling. Taking a demo flight sparked her aviation journey to flying throughout the United States. “I often think of that morning when I told my husband I wanted to take a demo flight. He was supportive. Once I took that flight and decided to take the journey, he saw my excitement and joined in,” Tracy recalled. Tracy and her husband learned how to fly together, and after getting her license, she focused on improving her skills. Tracy took her first overnight flight from St. Paul, Minnesota to Minot, North Dakota. “Eventually, I progressed to further destinations, but the first overnight flight as pilot in command is always memorable. The feeling of that flight was exhilarating, and I find that to be priceless,” Tracy said.

At the time, Tracy was still flying different rental aircraft that were dated, and this had become a huge roadblock in her learning curve. She knew owning her own airplane would be a huge benefit. “I saw value in acquiring the latest in safety and technology,” she said. “When Cirrus introduced the glass panel at EAA AirVenture Oshkosh in the summer of 2002, I arranged a demo flight at the factory in Duluth.” After that flight, Tracy and her husband both unanimously decided to order a new SR22 with the glass panel avionics, traffic avoidance and TKS. In March 2003, they flew home their new Cirrus.

Outside of air racing, Tracy has flown her Cirrus to most of the Canadian provinces and most of the continental United States – including the San Juan Islands, the Keys, the Bahamas and four memorable trips to Alaska. “I have piloted our Cirrus to visit our National Parks, attend rodeos, snowmobile and ski in the Rockies, and I still have a huge bucket list for future flights,” Tracy said. Owning a Cirrus has rewards that surpassed what Tracy and her husband could have imagined and now view the aircraft as an investment in their lifestyle. “The Cirrus Life has allowed me to take my love of traveling into my own hands and created a love for flying,” said Tracy.

Tracy is also deeply involved in the aviation community as a leader of the Ninety-Nines and Women in Aviation. “For me, joining these groups is an important aspect of the journey. I want to be a part of facilitating and encouraging women to take the first step to get back into the left seat again,” she concluded. Another recent testament to her love for flying, Tracy worked hard to receive her Sea Plane Rating and Tail Wheel Endorsement. This is very difficult flying, and with the confidence that flying her Cirrus has given her, that there is nothing Tracy can’t do. Simply put, she’s addicted to the Cirrus Life! 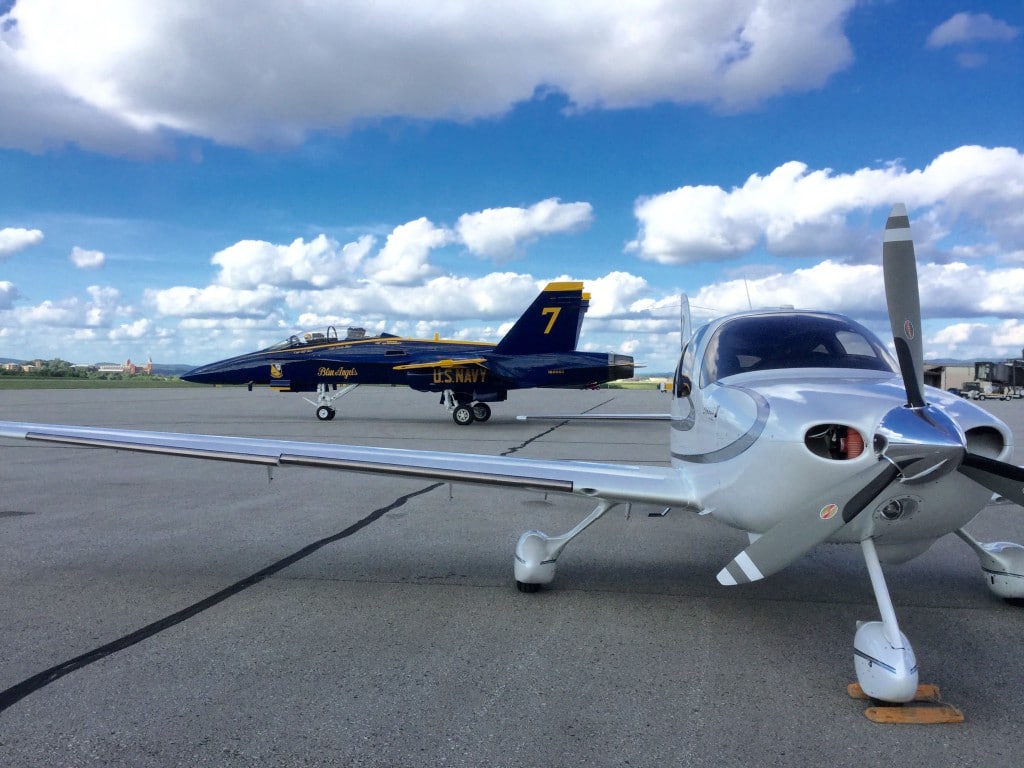 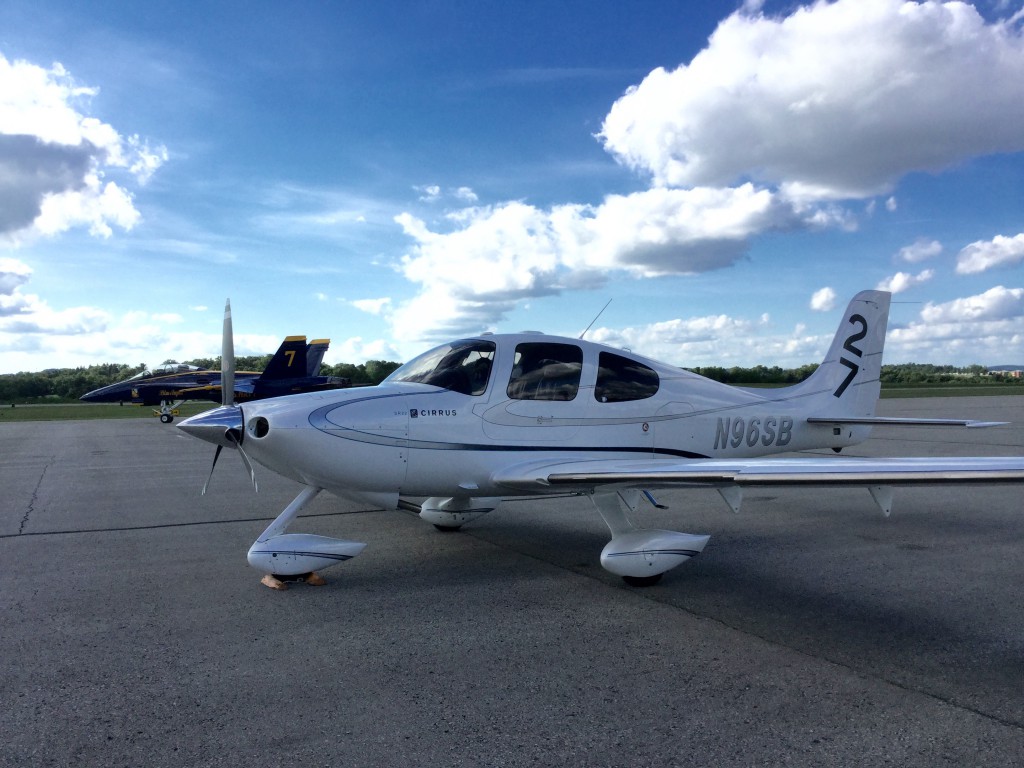 Tracy’s SR22 parked next to the Blue Angels on a fuel stop going to the start of the 2015 Air Race Classic.