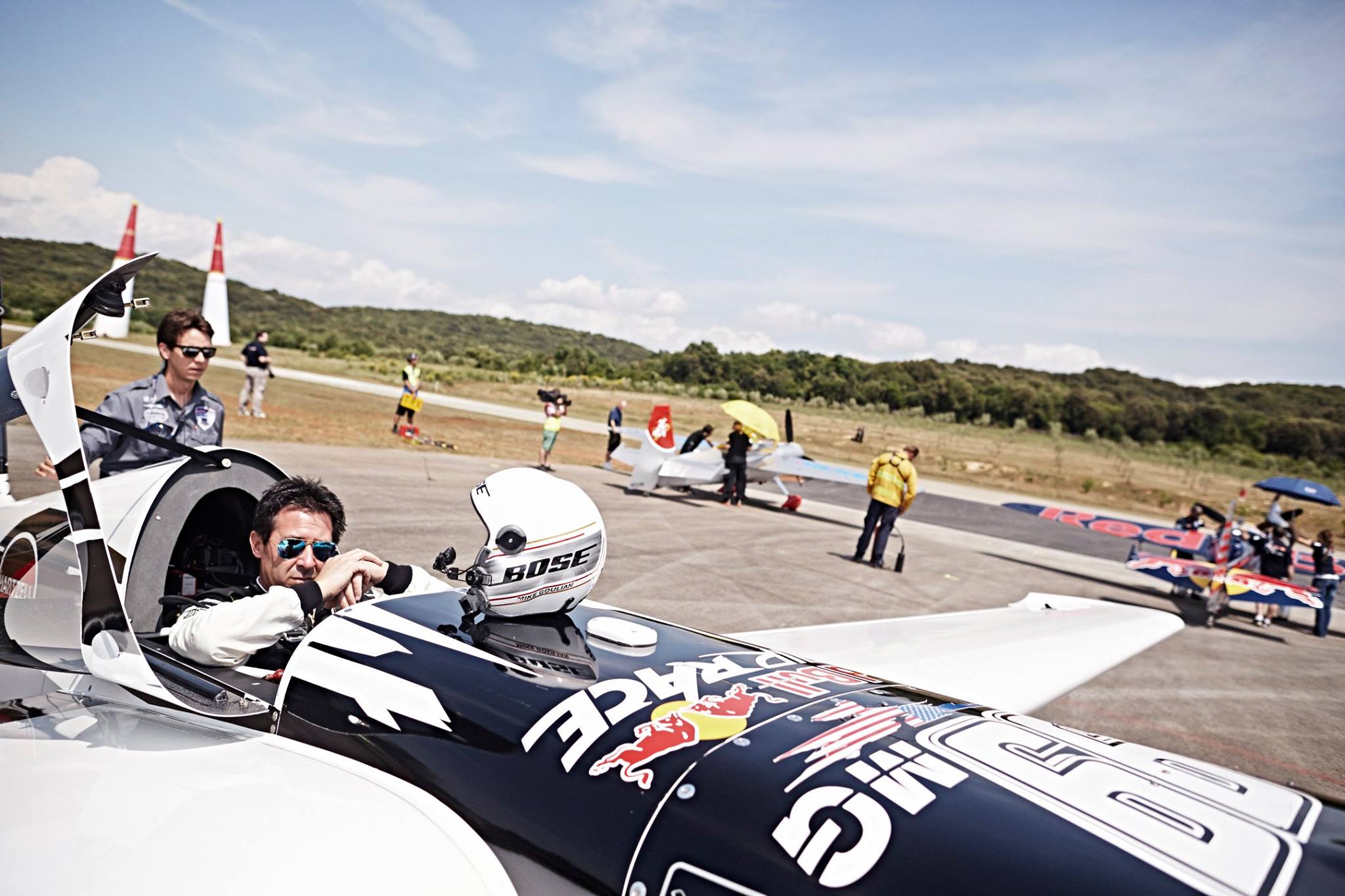 Many people ask me what the difference is between air show flying and Red Bull Air Race flying. Well, that’s actually a great question.

In air shows, from a flying standpoint, what you see the plane doing in the sky is pretty much my exact flying skill and my flying “personality” coming out through my emotional manipulation of the flight controls. In other words, it’s all “Mikey G” that you’re watching.

In the air race, I would say that the man/machine ratio is more 50/50 or at least 60/40. Aircraft performance is very critical in the success of the pilot and team. Also, having a great team around you is very important as the race is very much a team sport. The pilot has to fly perfectly to win, and that’s very hard. Though, you also have to be in a fast plane.

People ask what I do to stay in shape for this type of flying as well. The answer is the same as for any athlete: work out in the gym, eat properly and sleep well. Oh yeah…and fly a lot. There is no substitute for pulling G’z other than doing it.

If there was any question whether physical fitness is vital in air shows or air racing, take a look at this short video of me taken during the last race in Budapest. I’m wearing a heart rate monitor connected to a Garmin VIRB camera.

As you will see, fitness is pretty critical. However, I’ll let you watch the video, and you can decide for yourself!!!